Late on Friday, October 30, the Canadian Labour Congress (CLC), without consulting any union affiliate, announced a joint endorsement with the business lobby group, the Canadian Chamber of Commerce of former Finance Minister Bill Morneau for the role of Secretary General of the Organization for Economic Cooperation and Development (OECD).

This was a shocking action by the CLC, which is responsible to speak on behalf of working people – defending and strengthening the rights of workers. The CLC and its leadership team has roundly failed workers in its co-sponsored endorsement of Morneau. As President of PRLC and for the
Labour Movement as a leader, members are outraged by this irresponsible and ridiculous action by CLC President Hassan Yussuff.

As Federal Finance Minister, Bill Morneau put forward Bill C-27, which had it been successful, would have imperiled retirement security for Canadians and set workers and pension plans back decades. Morneau was also a key part of a government which interfered in collective bargaining by legislating postal workers back to work, botched paying federal employees with the much-maligned Phoenix system and took numerous other actions that show Morneau has not been on the side of working class people.

The PRLC, all Union leaders, and their members are demanding better from our the CLC. We demand an explanation as to HOW and WHY this decision was made and further, we call on Hassan Yussuff to revoke this decision. 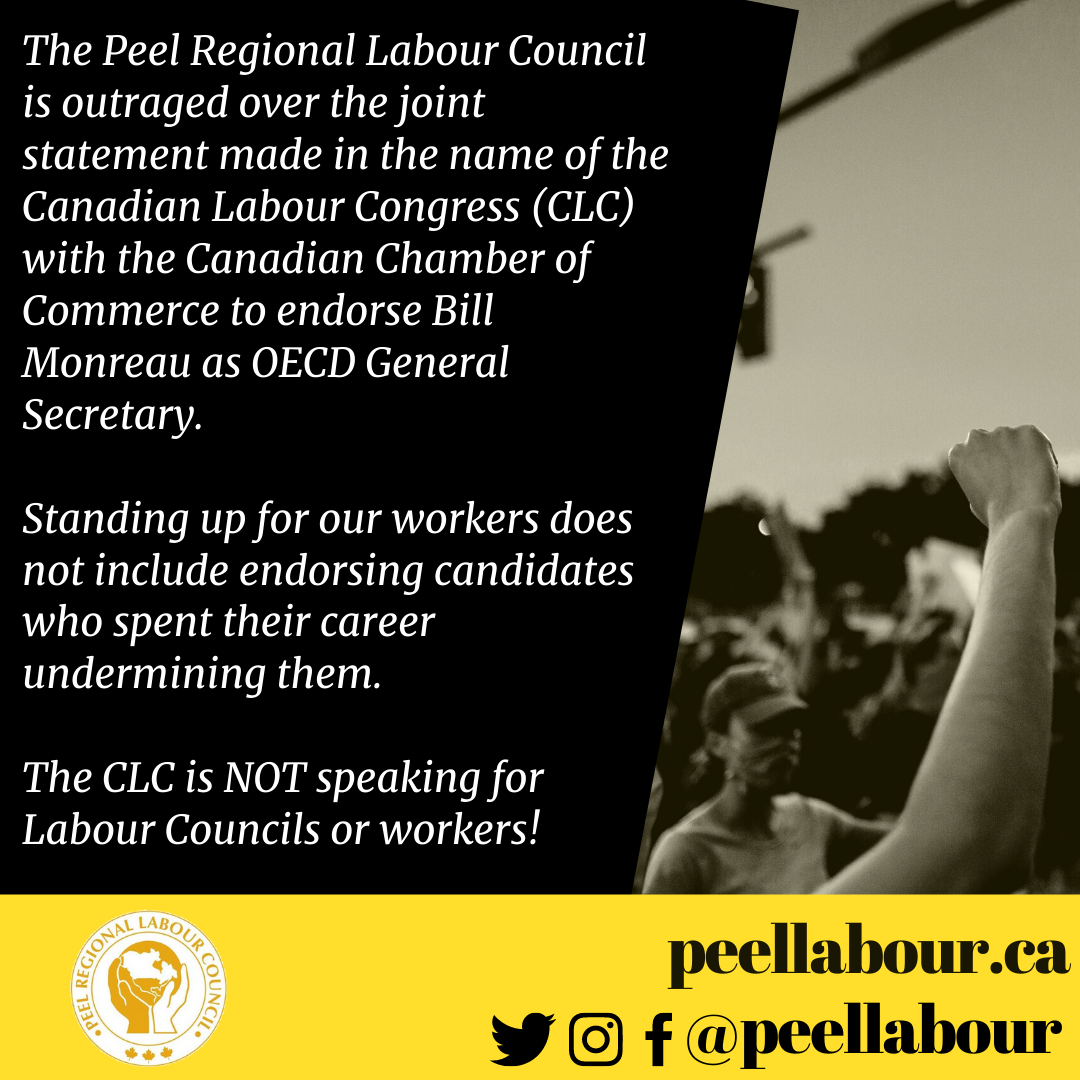