Peel Regional Labour Council stands with the Farmers of India

Over 500 farmer unions made up of over 250 million farmers are on strike against the Modi Government of India.

President Narenda Modi and the right-wing populist government of India have hastily passed a series of three laws which deregulates the sale of crops and favours large predatory corporations to control the market without input with farmers. These laws will lead to the bankruptcy and ruin of many small farmers across India.

Farmers are calling on the Modi Government to roll back the three laws that gravely threaten their livelihood.

Farmers from provinces of Punjab, Rajasthan, Haryana and Uttar Pradesh have been mobilizing since August against the legislation and have now marched on the capital of New Delhi. Since then provinces across India have joined in. This has the backing of major farmers unions and confederations including the All India Kisan Sangharsh Coordination Committee, All India Kisan Sabha, Bharatiya Kisan Union.

The Government’s response to the protestors has been violent in the form of tear gas, police beatings and mass arrests.

The Peel Regional Labour Council stands in solidarity with Indian farmers and calls on unions across Peel Region to publish statements of solidarity with their members and to the wider community. Furthermore we ask that our affiliates advocate for and support all local community organizing. Together, let's show our commitment to international solidarity.

#NoFarmersNoFood
Sample Resolution you can use within your own union

Farmers from across India are on a historic strike, 250 million strong from over 500 farmer unions, against predatory laws that deregulate the sale of crops.

And these laws only serve to benefit wealthy corporations at the expense of small farmers and farm workers across India.

Be it resolved that the [Organization name]:

Affirms publicly and without reservation our wholehearted solidarity with the farmers of India.

Will release a statement and graphic reflecting this affirmation and solidarity to the membership and on social media.

Will support to whatever capacity possible local organizing efforts of groups that support the farmers and their unions in India.

Remove if not applicable:[Encourages affiliates to pass similar resolutions within their own unions.] 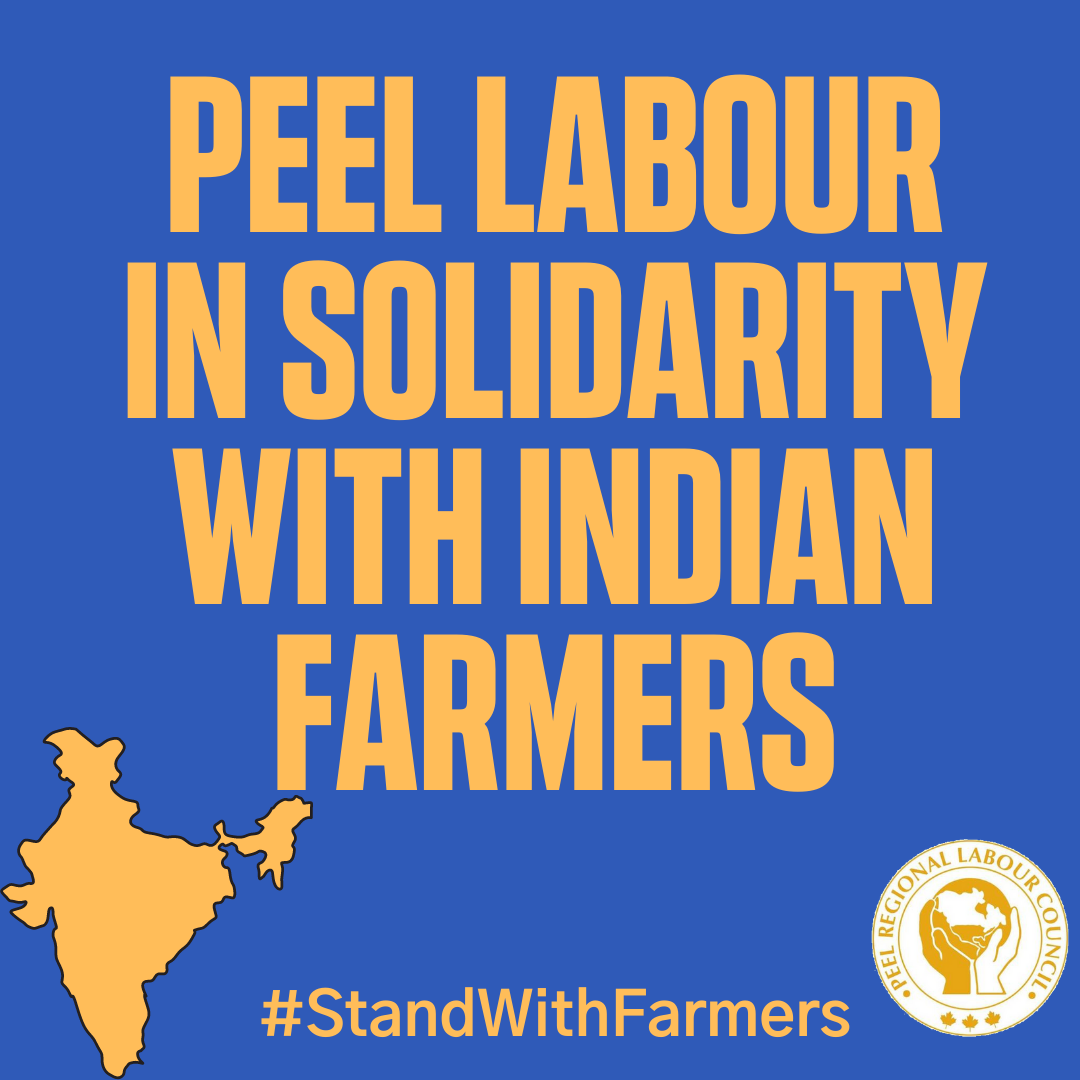 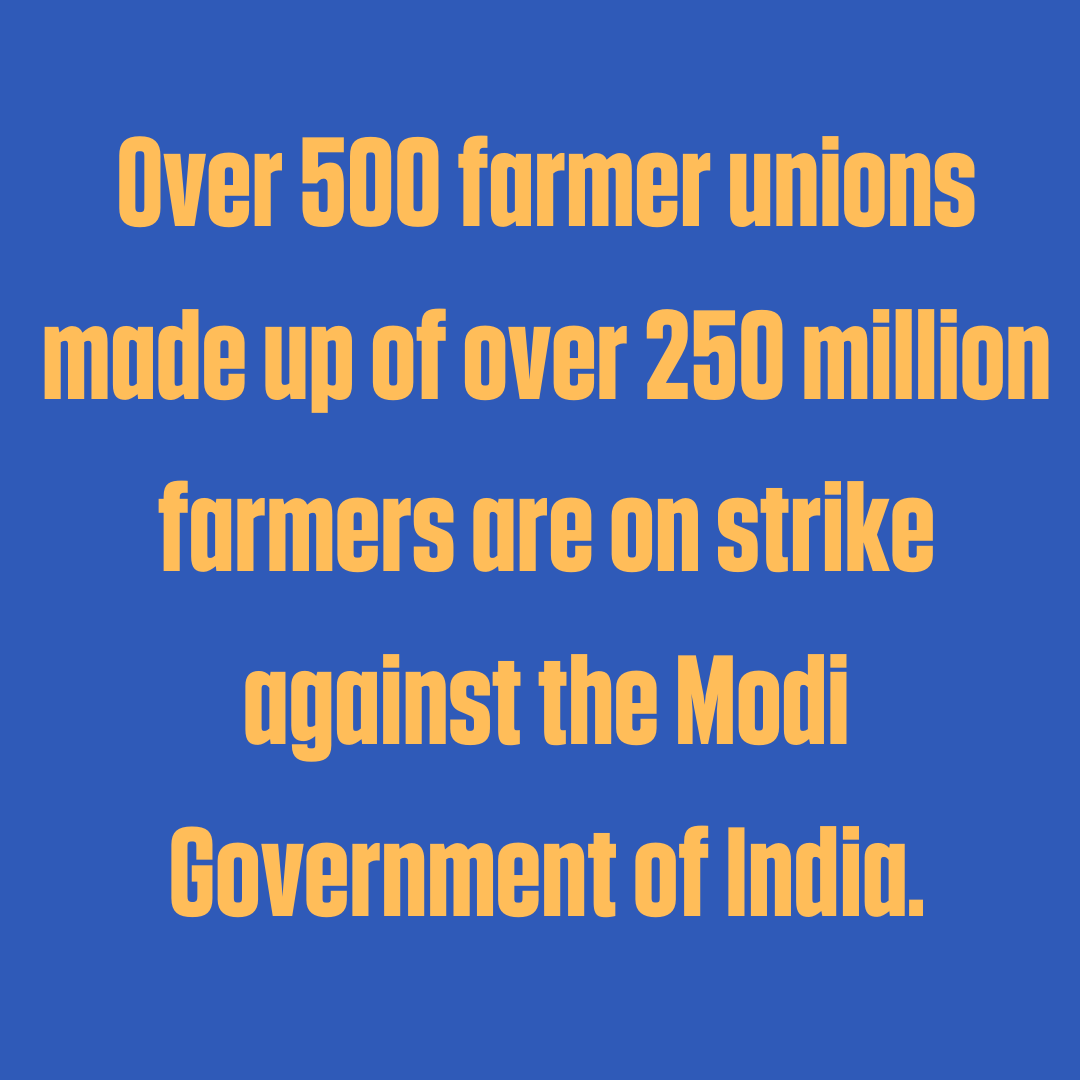 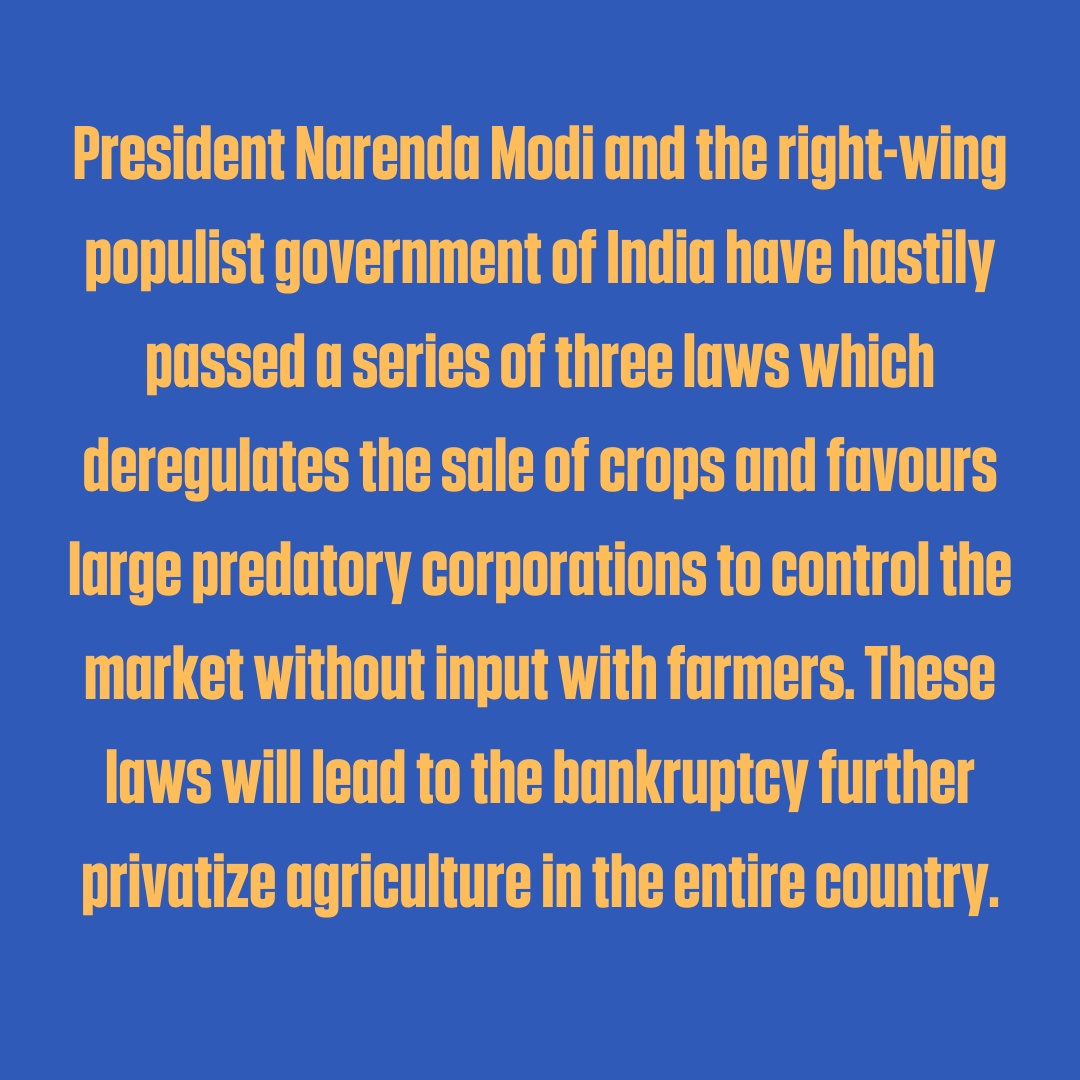 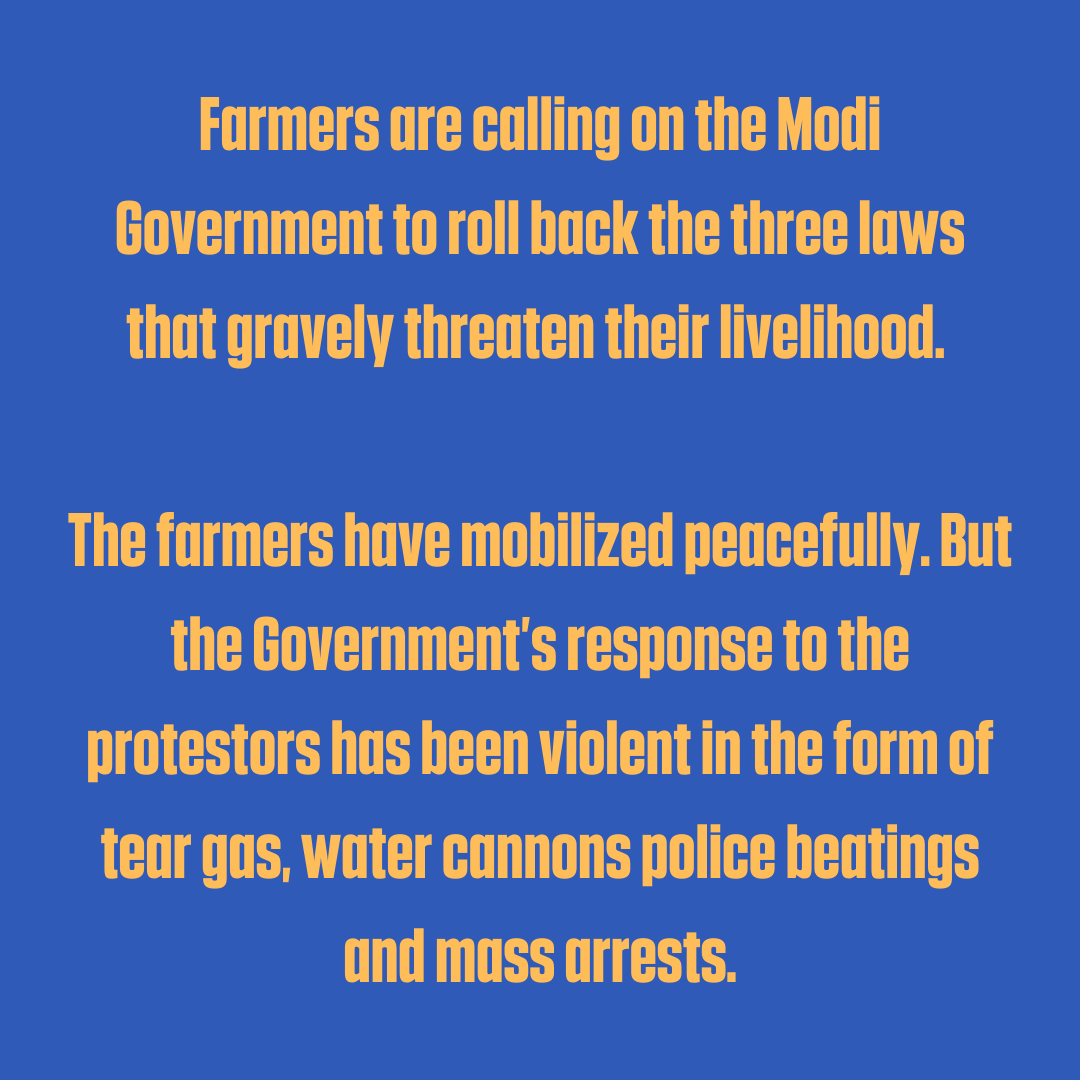 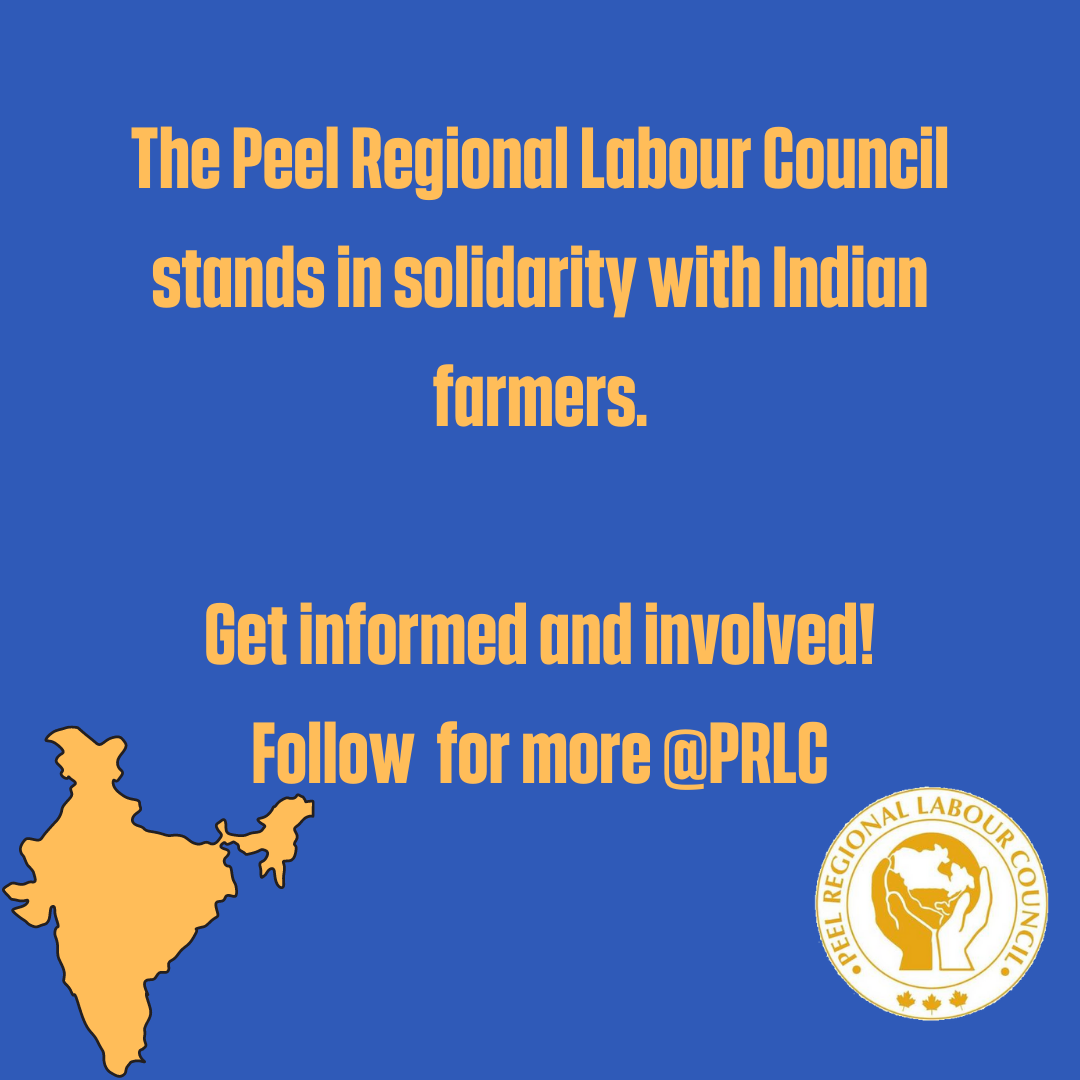