Join us next March 4th at 7pm for an evening of discussion featuring on the power of Social Movement & Union alliances!

The event will feature powerful women activists and organizers who created social change through their work. The event will address major questions as what role unions can play in advancing and supporting struggles within their own communities and why it is important for this type of activism to be engaged in. 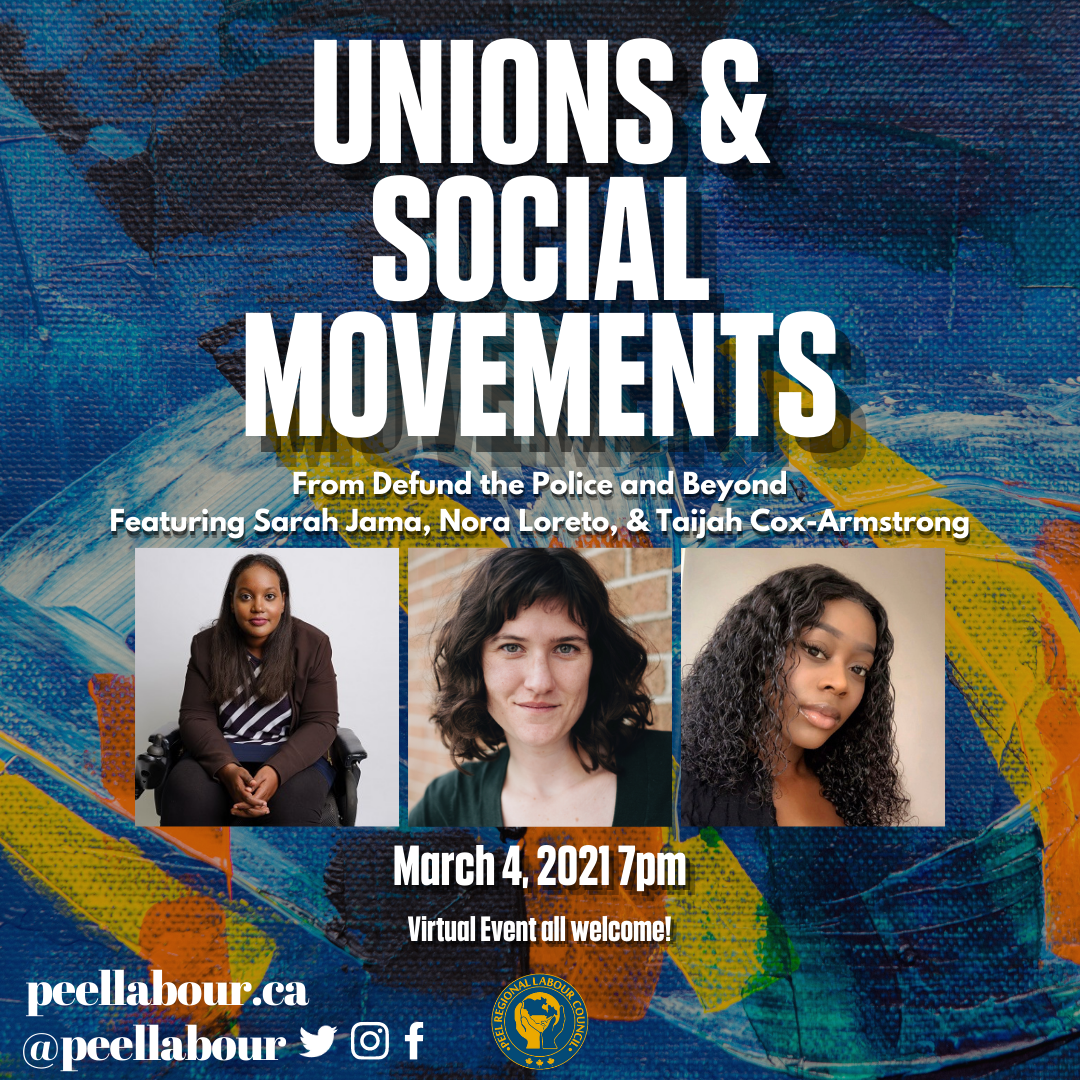 Check out the incredible panel we have put together.

Sarah Jama: the lead organizer and co-founder of Disability Justice of Ontario. She is a community organizer from Hamilton, ON. She holds a Social Sciences degree from McMaster University. Her lived experiences with cerebral palsy have fostered interests and a passion for community engagement, disability justice, and activism.

A board member with the Hamilton Transit Riders Union, a council member on the Hamilton Immigration Partnership Council, and a member of the Hamilton Community Benefits Network (HCBN). She currently works at the Hamilton Centre for Civic Inclusion as a Program Coordinator.

She has lead incredible organizing campaigns around addressing bloated policing budgets at the expense of a homelessness crisis alongside an fierce resistance to Bill C7 that is currently under debate.

Nora Loreto: an activist based in Quebec City. She is the author of Take Back the Fight, Organizing Feminism in the Digital Age (2020) and From Demonized to Organized, Building the New Union Movement (2013).

Nora is the editor of the Canadian Association of Labour Media and a sought-after facilitator. She presents regularly on media relations, writing, editing, social media and online security and privacy.

Nora writes regularly for magazines, newspapers and online outlets. She speaks about social movement organizing, activism, the far right and many other topics. She co-hosts Sandy and Nora Talk Politics with Sandy Hudson.

Taijah Cox-Armstrong: a 3rd year undergraduate student at Carleton University. Currently completing a double major in law and English and a minor in women and gender studies.

She is also a community activist, and has led many initiatives in the city of Brampton including Peels March for Justice and Events aimed to aid homelessness.

We look forward to seeing you there.